read this article need about 5 mins .

Rosemary  has another latin name is Rosmarinus officinalis.  There are 2 active ingredeints which extract from rosemary , they are rosemary acid and carnosice acid . This article will show your the top 10 rosemary extract benefits for you .

Rosmary extract is a widely distributed polyphenols in nature, is the effective activity ingredients in herbs such as rosemary ,basil and radix salvia Minute. Too much In vivo and in vitro studies have shown that rosmarinic acid has antioxidant, anti-inflammatory, anti-virus, immune regulation and other pharmacological effects on tumor, organ transplant rejection Response and other diseases with treatment or synergistic effect on the cardiovascular system and the nervous system has a protective effect. Pharmacokinetic studies have shown that rosmarinic acid is in vivoCan be metabolized as binding and / or methylated forms, mainly through the urine excreted. Through the research of domestic and foreign literature in recent years,Pharmacological studies and pharmacokinetic properties of rosmarinic acid. 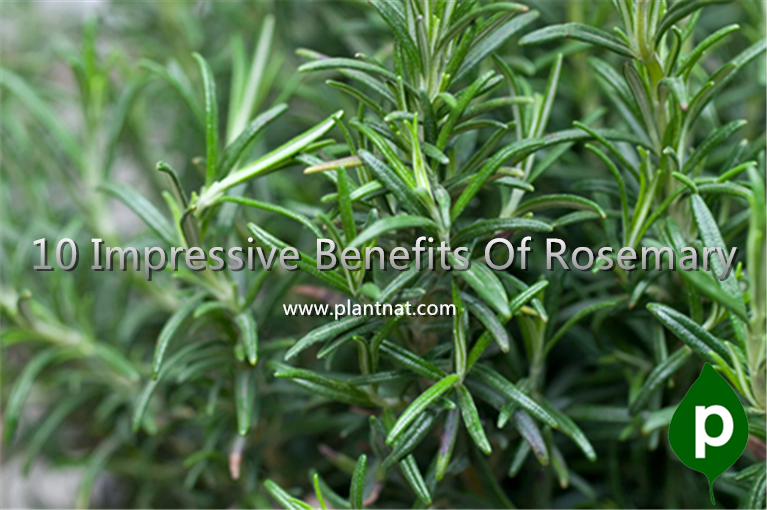 Rosemary Acid was first found in 1958 in Labiatae rosemary （Rosemarinus offinalis L.), And thereafter obtained in a variety of plants. Rosemary Acid can be get by extraction, biosynthesis, chemical synthesis, and so on.

This effective activity  can be find in many of Chinese herbal medicine such as Salvia miltiorrhiza, perilla and Prunella vulgaris. With anti-oxidation, anti-inflammatory, anti-bacterial, anti-virus and other effetion.

In the food, medicine, cosmetics and other fields have been widely used. Recently research have found that rosmarinic acid can be regulated by the immune systemtreatment of tumors, immune rejection plays a role

In vivo metabolic research has also made new progress. This article deals with rosmarinic acid the role of metabolism and metabolic characteristics of nearly 10 years of research progress to do a review.

Rosmary acid has a strong free radical scavenging effect, antioxidant activity stronger than vitamin E ¨ 1.Many Studies have shown that rosmarinic acid not only can end the lipid peroxidation by competitive binding of lipid peroxy radicals;But also by inhibiting the inducible nitric oxide synthase (iNOS) protein synthesis and nitric oxide production and play an antioxidant H1.

Rosematic acid anti-bacterial mechanism of the study shows that: rosmarinic acid on the one hand can increase the permeability of bacterial cell membrane, resulting in sugar, a large number of protein leakage, affecting the normal metabolism of bacteria; the other hand can also affect the bacterial protein Metabolism, to Taq DNA polymerase also has an inhibitory effect.

The inhibitory activity of rosmarinic acid on the mycelial growth and spore germination of different plant pathogenic fungi were studied By GuoDao who work in Plantnat Natural Ingreidents Inc. It was found that rosmarinic acid was resistant to Botrytis cinerea, Pseudomonas syringae, Penicillium citrinum and Pleurotus ostreatus The inhibitory effect of mycelial growth was strong, and the inhibition of spore germination was the strongest.

The inhibitory effects of rosmarinic acid on human immunodeficiency virus (HIV), herpesviruses (HSV), Japanese encephalitis virus (JEV) have been reported in the literature.

In the prevalence of rosmarinic acid may be their play the role of anti-herpes virus main active ingredients. 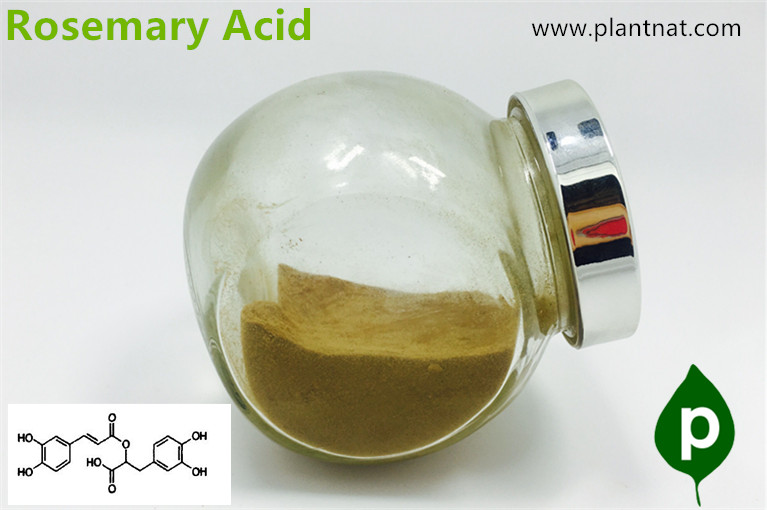 Cyclooxygenase-2 (COX-2) and other important inflammatory genes and related enzymes were up-regulated;

In benign and tumor cells, rosmarinic acid can inhibit the expression of COX-2 gene by activating activator protein 1 (AP-1), which may also be rosmarinic acid Anti-tumor effect of one of the mechanisms.

Plantnat Natural Ingredients Inc. Techology staff found rosmarinic acid can inhibit the TCR signaling pathway, and ultimately inhibit T cell proliferation. Park and others compound 18 rosmarinic acid analogues were synthesized and evaluated for their binding to the SH2 domain and T cell inhibition. Some of these compounds were higher at the molecular or cellular level than rosmarinic acid. Rosmarinic acid as a Lck SH2 inhibitor, can be used for autoimmune diseases, organ transplant rejection and other immune diseases treatment.

Plantnat Natural Ingredients techology staff Found that administration of the rosemary acid in the model of retinopathy in premature infants was significantly reduced in retinal neovascularization.

Rosmary acid can play a role in the prevention and treatment of neurodegenerative diseases. Rosmarinic acid can inhibit the activity of acetylcholinesterase [IC = = (0.44 ± 0.03) mg · mL “].

Protein up – regulation and down – regulation of Bcl protein expression, as well as PKA / P13K signaling pathway associated with heme oxidase. 1 (hemeoxygenase-1, HO-1) expression was up-regulated.

It has also been reported that rosmarinic acid has antagonized the role of glutamate in the apoptosis of PCI2 cells. The mechanism of action also involves the regulation of Bax and Bcl-xl gene expression.

Rosmary extract  has a variety of pharmacological effects, inflammation, cancer, allergies, Alzheimer’s disease and other diseases have therapeutic effect. At the same time, rosmarinic acid is rich in plant sources, its extraction, separation, analysis of the method is more fully, its metabolic properties have been more in-depth study.

Therefore, rosmarinic acid has a good application prospects. The in-depth study of the mechanism of rosmarinic acid and structural optimization will contribute to the development of rosmary acid.